Influenced by classical, jazz, tango nuevo, as well as traditional tango, the trio has created their unique style.
Inspired by composers like Astor Piazzolla, Diego Schissi, Gustavo Beytelmann and more, they are composing their own music. With this refreshing repertoire, they break through all the tango clichés and manage to reach a large audience.

Next to many concerts in Europe, Roffa Tango Trio played at the ‘Cumbre Mundial del Tango’ in Buenos Aires, one of the highlights of their musical adventure. In 2016 they won the Supernova competition of ‘Radio Klara’ in Belgium. The trio also performed in a sold out Concertgebouw in Amsterdam and appeared with success at the prestigious Dutch television show ‘Podium Witteman’.

Roffa is slang for Rotterdam and inspires the trio thanks to its raw and renewing energy. A city of contrasts where old and modern go parallel. Also it’s the city where they met during their studies at the Codarts conservatory in 2013, the place where their musical story began.. 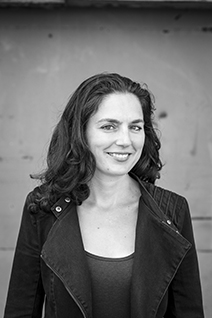 Anke Steenbeke was born in 1984 in Eeklo ( Belgium ) and  started playing the piano at 8 years old.
She continued studying classical piano with Johan Duijck at the Conservatory of Ghent, where she graduated in 2007. A few years later she decided to follow another passion : tango . That’s why she moved to Rotterdam , to studie tango piano at Codarts . There she studied with Gustavo Beytelmann and Wim Warman. She became member of several groups like LocosLindos and Roffa Tango Trio. Since 2010 she lives in Rotterdam where she works as a teacher, accompanist and tangopianist. 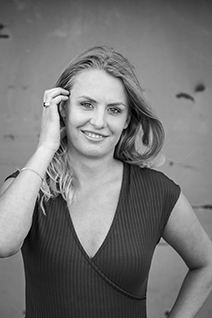 Simone grew up in Someren in the South of the Netherlands. Coming from a family filled with music, it was not a coincident that Simone started playing the accordeon at the age of seven. That music was her passion became clear immediately. At the age of 17 she started her accordion studies with Ludo Mariën at the Conservatory in Tilburg. During her accordion studies she followed several master classes and focussed not only on the classical repertoire but also on Russian, Balkan and mostly South-American music. Trough discovering all these musical styles she got captured by tango music. After an inspiring journey to Argentina Simone decided to start playing the bandoneon as well. Being captivated by the sound, the passion and the instruments of tango music she decided it was time for a drastic change. She left her studies in Tilburg, traded her accordion for a bandoneon and went to the Conservatory of Rotterdam to start her adventure in the world of tango. During her conservatory time in Rotterdam she followed bandoneon lessons with Victor Hugo Villena and Leo Vervelde. In 2012 she travelled to Argentina again to follow lessons with the ‘maestros’ of tango. She had the pleasure to follow lessons with i.a. Roberto Álvarez and Julián Peralta. Also she had the possibility to visit many concerts of her musical heroes. In Buenos Aires, city of the tango, she learned a lot and came back with tons of inspiration. At the moment, Simone is a member of several bands and ensembles like her own LocosLindos, Roffa Tango Trio and simoNEO. In the meantime, playing the bandoneon means traveling with music, which has brought her to countries like Argentina, Brazil, Sweden, Denmark and Spain where she was invited to perform. In May 2014 she was awarded as a first price winner of the International Bandoneon Solo Competition in Klingenthal, Germany. The jury, consisting of 5 international judges graded Simone with 23,31 out of 25 points which made her world champion ’14 in her category. In June 2014 she graduated at the Conservatory of Rotterdam at the Argentine tango department with a nine. Since June 2014 Simone has been playing with her custom-made microphones from SD Systems. These microphones provide me with the perfect amplified sound during my concerts. 2015 brought her back to Buenos Aires where she was invited to play at the tangofestival in Zárate with the Roffa Tango Trio. Being there she decided to stay for four months to specialize more in the Argentine tango. In Buenos Aires she had lessons with the famous maestro Nestor Marconi, Santiago Segret and others. Also Simone joined the Argentina based quintet “Finisterre Tango” with whom she performed throughout Buenos Aires as well as a tour to Ushuaia. In may 2016 Simone was invited to play at the Bandoneon Festival of Joinville in Brazil where she performed several bandoneon solo pieces. Simone continues her musical journey, with her bandoneon as passionate companion. To explore and discover different modern styles within the tango genre. Or to find new ways to provide the sound and style of her bandoneon into other musical genres. According to Simone the musical possibilities are endless.
Show more..
Show less.

Alexander Vocking
Born in Utrecht (Netherlands) in 1991, Alexander started his musical carrier with classical guitar lessons from Coen Beijer at the age of 5. He joined the Cathedral Choir School in Utrecht when he was 8 years old. Singing and voice building are central issues on this school. At the age of 8 he also started classical double bass lessons. At first with Chris Heilbron and later with Finne van der Maar. After two years of playing both the guitar and the double bass, it became clear that the double bass became more and more important for him, which made him join a youth orchestra in Utrecht. At this moment he stopped playing guitar. When he was 10 he started to follow lessons with Peter Leerdam at the Rotterdam Conservatoire (now known as Codarts). First in junior class, later he joined the Havo voor Muziek en Dans (HMD). The HMD offers higher secondary general education combined with a preliminary specialist study for music and dance. Besides the normal Havo subjects the students follow music lessons during five years in various music disciplines from teachers of the Rotterdam Conservatoire. At this time Alexander played double bass in various symphony orchestras like, Domstad Youth Orchestra, the preparatory orchestra of the Rotterdam Conservatoire and the Youth Orchestra of the Netherlands. When Alexander was 16 years old, he came in touch with tango by joining the tango orchestra of the tango department of the Rotterdam Conservatoire, OTRA. When he started the bachelor studies at Codarts he then chose to follow classes in two departments. The classical department where he had his main subject lessons from Peter Leerdam, and the Argentinian tango department where he had his main subject lessons from Matthew Midgley. After two years of doing both studies he switched to a full-time study in the Argentinian tango department of Codarts and finished his bachelor in June 2014. After his bachelor he decided to specialize further into tango by doing a master in the same department. In these 2 years he had his main subject lessons from Matthew Midgley and Jasper Somsen. In his time at Codarts he went twice to Buenos Aires, where he also followed lessons with great double bassists like Ignacio Varchausky and Juan-Pablo Navarro. He finished the master studies in June 2016. Over the years he joined and formed multiple ensembles, like LocosLindos, Nuevo Nocturna, Walton/vanDuinen, Orquesta Típica Mala Pinta, Tigual trio, Cuarteto El Compás, André Post Ensemble and of course, Roffa Tango Trio.
Show more..
Show less.